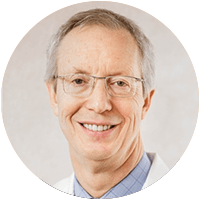 Jeffrey S. Leitman, DO has been practicing medicine for 40 years. He was born and raised in New York City and received his undergraduate degree in biology at Fairleigh Dickinson University, where he graduated with honors. He obtained his medical degree from Philadelphia College of Osteopathic Medicine and also received honors for being in the top five percent of his class. His post graduate training was done at Kennedy University Hospital in New Jersey. He ran a large general medicine and family practice in southern New Jersey for 34 years. He and his wife raised their family in Cherry Hill. In 2010, family obligations and a love of New York resulted in a permanent move back to the city of their origin. Dr. Leitman is thrilled to be associated with his new practice and blessed to be near his children and grandchildren.

Dr. Leitman is board-certified by the American Osteopathic Board of Family Physicians.