What is Wilson’s Disease? 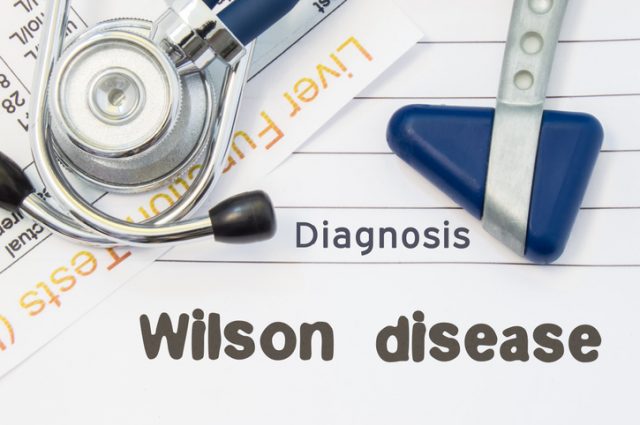 Wilson’s disease is inherited when both parents pass on a defective gene. Those who have this gene from one parent only carry the disease but don’t get sick from it. When you have this disorder, copper builds up inside, since your body is unable to eliminate it.

Symptoms of Wilson’s disease normally do not show up until later on, even though the disorder is present at birth. In most cases, this disease ends up being diagnosed between the ages of 5 and 35 years old. When too much copper builds up, you might start to experience the following symptoms:

This disorder can put you at risk of developing severe complications that include:

Diagnosing Wilson’s disease early allows treatment to begin right away, which can help prevent copper levels from building up to dangerous levels. Treatment options include medication and surgery, as well as lifestyle changes. Medications are able to bind copper and ensure that it reaches the bloodstream so that it can be eliminated in your urine.

Surgery is sometimes needed for patients who have serious liver damage. This involves receiving a liver transplant.

Your doctor might recommend changing your diet if you have this disorder in order to lower your copper intake from foods. Food sources that contain copper in large amounts include liver, nuts, chocolate, mushrooms, and shellfish. Making changes to your diet and taking your medication as needed should help prevent serious problems with this disease.

To find out more about Wilson’s disease and learn about different treatment options, make an appointment today with one of our experienced healthcare providers at Park Avenue Medical Professionals. Our doctors have extensive and experience in diagnosing and treating Wilson’s disease.

We ask that if you have any COVID-19 symptoms, please schedule a virtual visit with our office to evaluate your symptoms. This will reduce the risk of disease amongst other patients and staff members.

We are practicing social distancing in our office waiting room. In order to enter the building, you must wear a mask and keep it on at all times.