Do I have a Sleep Disorder? 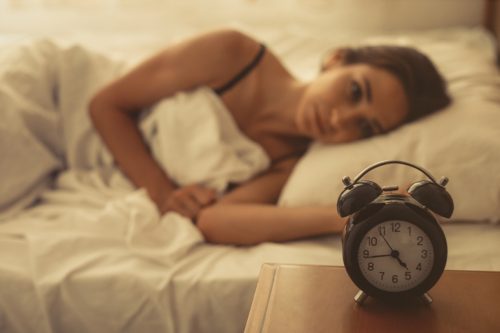 Do you often feel tired after getting a full night’s sleep? Is it difficult for you to fall asleep, or you wake up too early in the morning? These are just a few examples of different sleep disorders that many people will face at some point. The good news is most sleep disorders are manageable after diagnosing the underlying problem, putting you back on the path to getting deep, restorative sleep.

What Is a Sleep Disorder?

Humans spend about a third of their lives sleeping. Although researchers are still learning why our bodies require sleep, there’s no doubt that sleep is vital to rejuvenating our minds and bodies. Any condition that prevents you from reaching the recommended seven to nine hours of uninterrupted sleep is considered a sleep disorder.

What Are the Different Kinds of Sleep Disorders?

The most common sleep disorders include:

What Are the Long-Term Effects of Living with a Sleep Disorder?

Prolonged sleep deprivation can cause a downward spiral in your overall health. When you don’t get enough sleep each night, you face a greater chance of developing:

If you drive, the consequences of prolonged sleep deprivation can be dangerous. The National Highway Traffic Safety Administration (NHTSA) reported that driver fatigue was the cause of more than 83,000 automobile accidents from 2005 to 2009 and was responsible for 803 deaths in 2016. In fact, sleep-deprived participants in a driver simulation study performed as badly as those who were under the influence of alcohol.

The NHTSA recommends you avoid driving if you notice the following:

How Can I Help Myself Get a Good Night’s Sleep?

If you have trouble falling asleep, try these tips to help your body get ready for sleep at night:

If you believe you have a sleep disorder, make an appointment today with Park Avenue Medical Professionals. Our physicians diagnose and treat all kinds of sleep disorders and offer outstanding, compassionate care.

We ask that if you have any COVID-19 symptoms, please schedule a virtual visit with our office to evaluate your symptoms. This will reduce the risk of disease amongst other patients and staff members.

We are practicing social distancing in our office waiting room. In order to enter the building, you must wear a mask and keep it on at all times.